Using a buffer is a great way to rid vehicles of unsightly scratches without professional intervention. It allows you to showcase your car’s assets, highlighting certain areas while drawing attention away from others. But to get the best auto buffing results, you need the best auto buffer. Today I’m going to help you find it.

The traditional orbital buffer is seldom used as it doesn’t have a whole lot to offer beyond the ability to spread wax slightly faster than the human hand. Over the years, I have witnessed dozens of auto enthusiasts purchase this kind of buffer simply because it is less expensive than a dual-action model. I know we all have to stick within a budget, but when you’re letting price be the deciding factor in which buffer you choose, you can’t expect to see any great results when you put your buffer to use. Traditional orbital buffers have their limitations, as many of the auto enthusiasts I spoke of soon learned. While a traditional orbital buffer will spread wax just fine, it simply does not have the power to eradicate large smudges or swirls from a paint job.

The less expensive models of dual-action buffers are often recommended to car-polishing newbies, as they feature non-forced rotation. This means the buffer’s plate will rotate without any influence from the user. Should the wielder put too much pressure on the buffer, the plate will cease to spin, thereby preventing any damage to the vehicle’s clear coat. As well as being a popular choice among those who have never used a buffer before, dual-action buffers are commonly used by grizzled veterans of the detailing scene. A high-quality dual-action buffer will carry out close to every conceivable task in the realm of car polishing, meaning you could use the same buffer for decades without ever having a reason to upgrade.

Rotary buffers are sometimes used by automotive professionals, but even at a mechanic’s, it is rare to see one in action. They are a great deal more powerful than both the traditional orbital buffer and the dual-action buffer and are most often used to remove deep scratches from a vehicle’s paint job. Owing to the sheer power rotary buffers are capable of, inexperienced car owners who are amateurs at detailing are advised to stay away from them. The slightest hiccup while using one of these buffers could, and most likely will, result in lasting damage to your vehicle. Even car detailing experts tend to stay away from the rotary buffer as they feel the risks far outweigh any benefits it has to offer.

A further explanation of the difference between traditional orbital, dual action, and rotary buffers can be found here.

What kind of vehicles can I use a buffer on?

If something has wheels and a paint job, you can use a buffer on it. The only challenge is figuring out which buffer will work best. For small vehicles, which don’t have much room for intricate detailing patterns, you can get away with using a traditional orbital buffer if you are willing to commit to the extra work.

Dual-action buffers will work on a wide array of vehicles and can be utilized to treat the paint job on any car or jeep. If you’re looking to remedy scratches and swirls on an everyday vehicle, you can rest easy knowing a dual-action buffer will do the trick.

If you own a vehicle such as an RV, you’re likely going to have to extend yourself beyond your random orbital comfort zone. For effective detailing on an RV or a large boat, you’re going to have to get your hands on a rotary buffer. Again, I need to stress that improper use of this kind of buffer can burn through paint jobs and do more harm than good. If you do need to use one, it is imperative that you consult with a professional or seek the help of a more experienced friend before getting down to work.

Here are GarageChief’s top picks for the best auto buffer which are excellent in delivery and friendly to your pockets.

This buffer from the folks at WEN is the perfect example of the kind of random orbital buffer a beginner should be looking at. WEN 10-Inch Random Orbital Waxer offers a multitude of features and sells at a fantastic price, so you don’t have to worry about being out of pocket should you discover you don’t enjoy machine polishing after one or two attempts.

If you’ve been honing your vehicle polishing skills and are ready to move up to a professional-quality buffer, you could do worse than Porter Cable 7424XP 6-Inch Random Orbit Polisher.

This is one of the most unique dual-action buffers on the market. Meguiar’s G3500 DA Power System is a dual-action head, which attaches to a household drill to give you the results of a random orbital polisher at a fraction of the cost.

The Carrand AutoSpa Automotive Polisher is another inexpensive buffer geared towards car detailing novices. Operation of the machine can be mastered in virtually no time at all, and basic waxing jobs can be completed with ease.

TORQ is one of the biggest names in the machine-polishing industry, and not just because its marketing team insists on each letter being capitalized. TORQ TORQX Random Orbital Polisher boasts an expert design team and extensive automobile detailing knowledge, the culmination of which is the TORQX.

Trying to name one auto buffer as the absolute best auto buffer in the world is a fool’s game. I’m no fool, but I am going to tell you which auto buffer I would choose if I were in your position. It would be the TORQ Random Orbital Buffer.

Enter your email address below to subscribe to our newsletter

Best Radiator Stop Leak – Reviewing The Top Sealants You Can Get 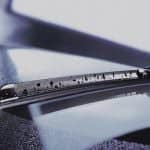